Sound waves are different than mechanical waves; the particles oscillate in a direction parallel to the direction the waves travel (not 丄 to)

1.     Compressions – the regions of high pressure in sound waves

2.     Rarefactions – the regions of low pressure in sound wave

A.     This is analogous to standing mechanical waves in a rope 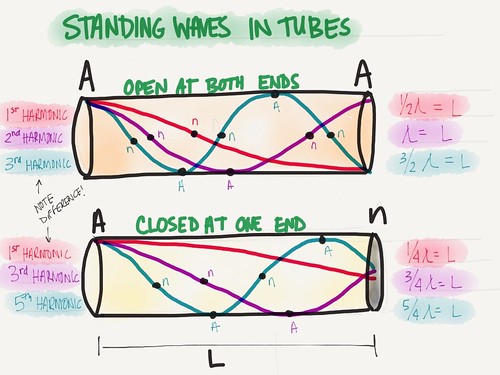 Sound waves of nearly equal frequency that interfere with each other

1.     Because frequencies don’t match, sometimes they are in phase and sometimes out of phase

B.     Threshold of hearing