Special point where the object would behave like a single particle; sometimes not even located within the body of the object 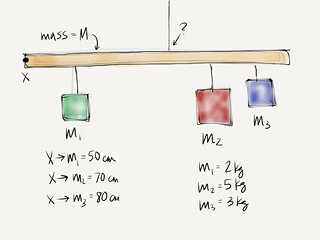 B.     How to calculate center of mass in non-linear problem:  make it linear 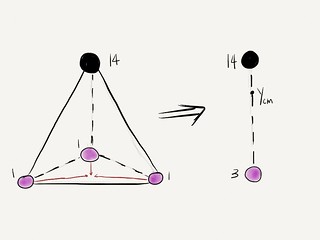 Essentially same as center of mass (replace mass with weight)

A.     An object moving in a circular path is said to execute uniform circular motion if speed is constant 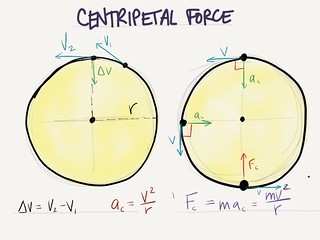 2.     Velocity is always tangent to its path

3.     Object moving in UCM is experiencing acceleration, which always points to the center of the circle

b)     Centripetal – used to describe the acceleration of an object undergoing UCM, denoted ac

(1)   v is always perpendicular to ac

(1)   since m cancels out, you know that any object of any mass orbiting the earth will have the same speed

The measure of a forces’s effectiveness at making an object spin (or, more accurately, accelerate rotationally) 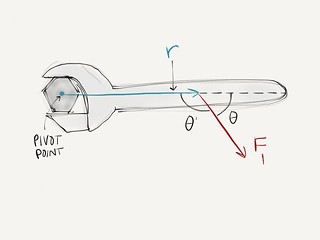 2.     r (radius vector) = point from center of rotation to point of application of force 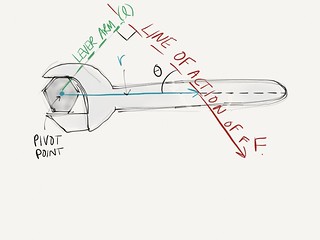 1.     Amount of torque depends on the magnitude of F, length of R, and angle θ

1.     Lever arm (l) is the shortest distance from the pivot point to the line of action of F

1.     A situation can have a non-zero torque but zero net force

2.     Dynamic equilibrium means all forces = 0, but velocity is not zero

B.     Rotational inertia depends on how an object’s mass is distributed around axis of rotation:

1.     The farther away the mass is from the axis of rotation, the greater the rotational inertial will be

2.     Rotational inertial will be the smallest when the rotation axis passes through the object’s center of mass